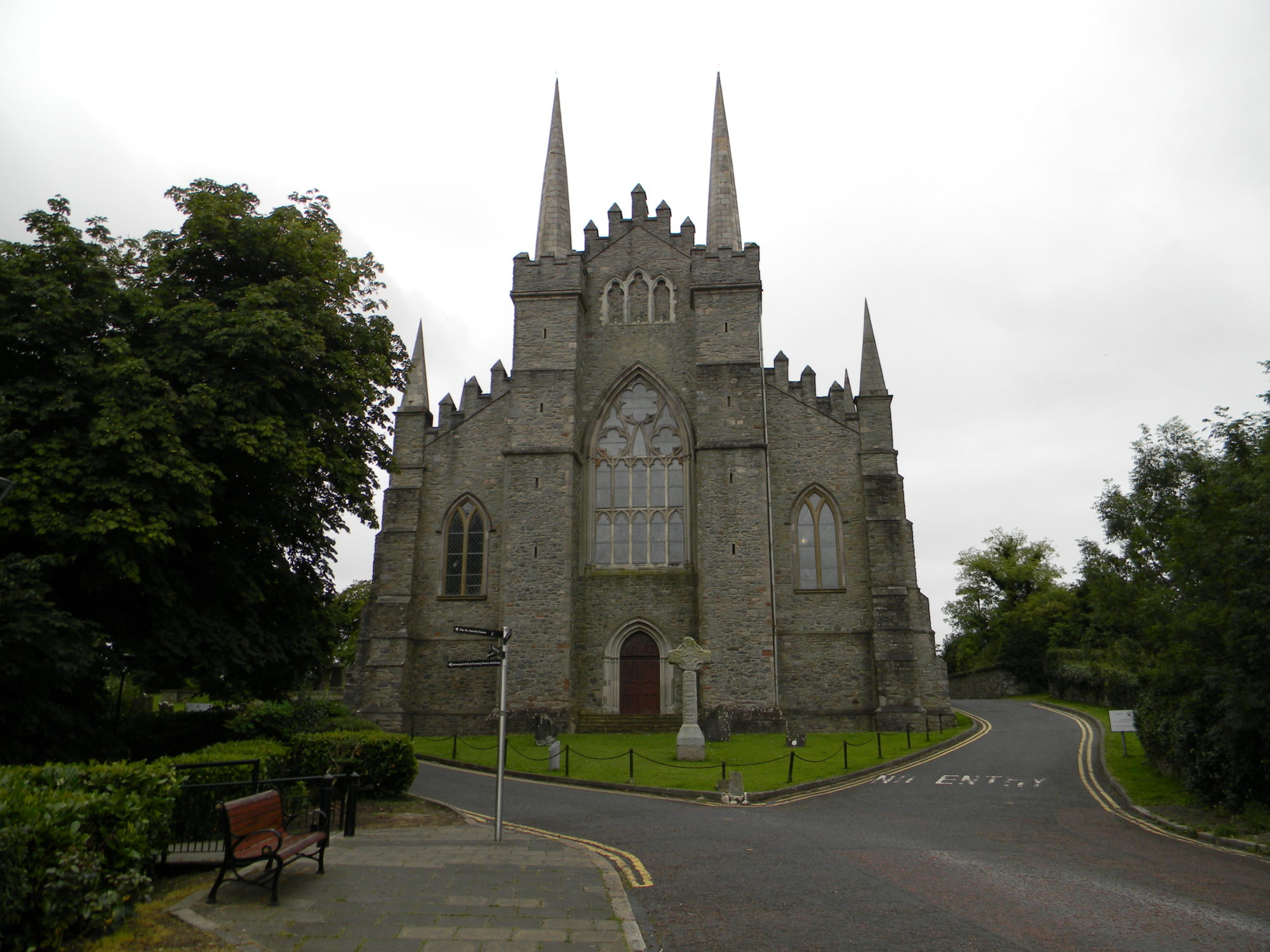 When you are in Ireland don’t miss out on Downpatrick – a small town south-east of Belfast. Probably most famous for being the burial place of the Irish Saint it has much more to offer for its visitors.

It takes about an hour to drive from Belfast to Downpatrick. By doing so, you will go against the stream of tourists that go up north to see the Giant’s Causeway. Although, that sight is also worth a visit, it is very touristic. Downpatrick, on the other hand, is more of a secret escape that is mostly popular by locals and real Northern Ireland experts.

Saint Patrick – who is he?

There are a lot of different myths about Saint Patrick. Some theories even assume that the Saint worshiped today, were in fact two different men back in the days. Despite the different stories, there is one essence they all agree on: Saint Patrick spread the Catholic faith in Ireland, explaining the Holy Trinity by using a cloverleaf. He also supposedly banished the serpents from the island. The 17th of March – the day we celebrate as Saint Patrick ’s Day – is his death day.

Dún Pádraig – where to start?

The town Downpatrick got its name from the Irish word Dún Pádraig which means Patrick’s stronghold. And although the town is on British grounds, it still is visibly proud of its Irish saint.

A new and modern building houses the visitor’s centre which is the perfect starting point to discover the town. Besides books about Saint Patrick, they have a lot of brochures about Downpatrick and sights in the surrounding areas.

Armed with dozens of those brochures, I follow the trail next to the visitor centre up a small hill. It is a nice walk between meadows and trees. It is not until I reach the top that I can see the Down Cathedral which was built of stone and adds to the town’s medieval touch. The brochure tells me that the cathedral was built in the 12th century. But before I can take a look inside I need to visit the old cemetery next to it.

Saint Patrick’s burial place is not hard to find, although I expected more. It looks like the huge stone was put here rather careless. The statue or big memorial I was expecting is missing. But the grave is old, dating back to 461 A.D., so guess that’s how burial places looked back then. At least Saint Patrick is not alone. He shares his burial place with two other saints named Brigit and Columba.

The Down Cathedral itself is one of the most beautiful churches I have ever visited. The interior is white and welcoming. In the entrance, the huge organ above my head catches my eye. Curiously I walk on into the nave. The glass windows are colourful, displaying scenes from the bible. On the stone floor, close to the altar, I find a beautiful mosaic ornament. But most remarkable are the wooden seats to the left and right. They are facing each other instead of the altar – quite unusual compared to other churches I have visited. Looking closer, I see that some seats are arranged in compartments. Through a small wooden door you can enter and sit down. Each compartment has a number and gives a vibe of being reserved for a certain family of this town. On the wall behind the seats are coat of arms emphasising this impression.

After taking a nice stroll through Downpatrick, I get into my car drive towards Saul. On the road there, on the right, appears a parking lot. From here I walk up a pilgrim path to the Slieve Patrick – a huge statue which was erected in 1932. The walk up is a nice 30 minutes hike. On the way I pass big wooden crosses and statues embodying bible scenes.

Once reaching the top of the hill, I have the greatest view of County Down. An information board next to the statue offers some more information about Saint Patrick. He landed at the mouth of the Slaney River back in 432 AD. The first church he established was in fact a barn of the local chieftain. Today, the St. Patrick’s parish church in Saul stands at the exact same spot.

There are two others sides close to Downpatrick worth visiting: the Struell Wells and Inch Abbey.

The site of the Struell Wells was built around a stream and consists of two roofed wells and two bath-houses – one for men and one for women. The stream’s water supposedly has curative powers, making it a popular place of pilgrimage from the 1600s to the 1840s. There are also ruins of the Saint Tassach’s church on the site. Saint Tassach supposedly administered the last rites to Saint Patrick.

On my way back from Downpatrick to Belfast I pass the site of Inch Abbey. Well I pass a small forest road leading up to it. Once I reached the parking lot, it is only a short walk to the remains of Inch Abbey. I was surprised of how many people I met at this secluded place. Elderly couples were sitting on the park benches close by while the younger ones sat in the grass or on the remainders of the abbey. A family with kids picnicked in the meadows. I was the only one with a camera, suggesting I was among locals. The scenic view of the abbey’s ruins was the perfect spot for all of us. What a peaceful and enjoyable place.