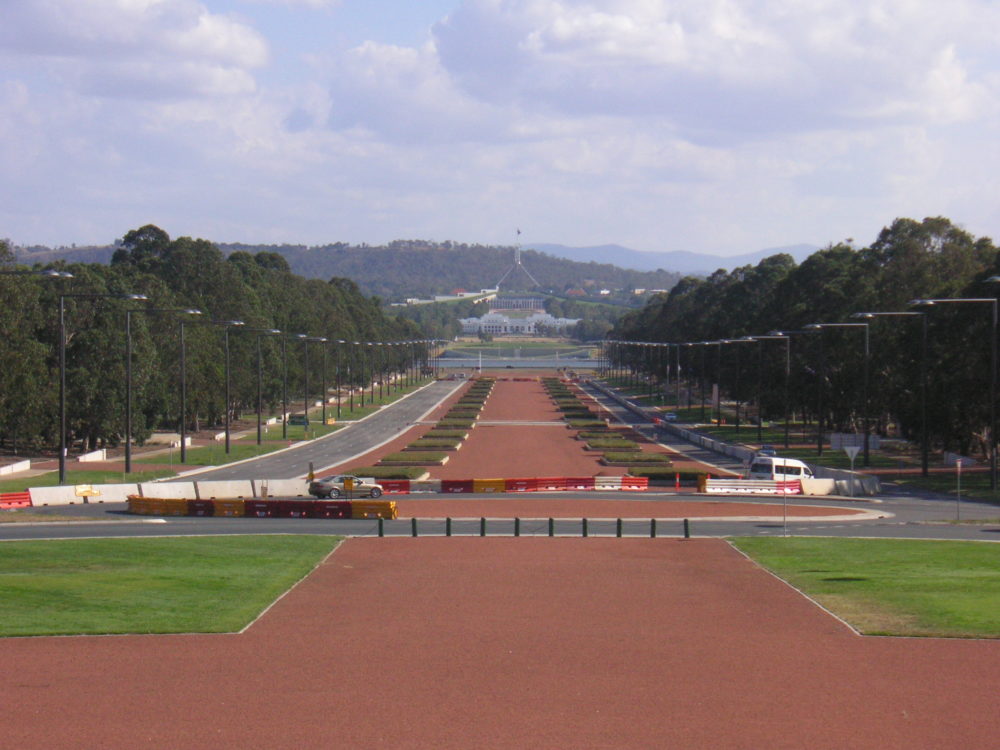 You experienced Sydney to the fullest and would like to spent some time away from the big city? I am showing you the greatest getaways close to Sydney in this blog series, starting with Canberra.

Whenever we mentioned to an Australian that we wanted to visit Canberra they looked at us irritated. What are you doing in Canberra, they were asking. It’s the capital we want to see it, was our answer. But the irritation in their faces remained. There is nothing to see in Canberra, they said.

Sydney vs. Melbourne vs. Canberra

Who knows maybe speaking fondly of our trip to Canberra raised some competitiveness among our friends in Sydney. After all, Sydney, Canberra and Melbourne had a little historical feud. In the 20th century, when the six colonies of Australia joined to become one nation, they needed one capital city. Sydney and Melbourne were the biggest cities and therefore worthy candidates. And for a short while Melbourne was the capital of Australia but in 1908 Canberra was given that title. Understandably the citizens of Sydney or Melbourne might lack a certain passion to promote their capital to tourists. We went to Canberra anyway and fell in love with this city.

Although I didn’t visit Washington DC yet, I know the view from Lincoln Memorial towards the Washington Monument and the Capitol quite well from TV shows and pictures. When I was standing at the parliament in Canberra and looked towards the war memorial in the distance, I recognize a visual similarity between those two politically so important cities.

In order to see the premises of the Australian parliament you need to take part in a guided tour – there are several free tours on a daily basis. Even if you are not that interested in politics a visit to the parliament shouldn’t be off the table. After all, the architecture is amazing. On the outside it looks more like a modern museum but as soon as you enter you find yourself in an marble entrance hall. You will walk through wide hallways with wooden panels and paintings of Australian politicians.

The traditional interior is combined with modern architecture like the hallway made of glass that connects the two main buildings. Walking through it will give you a nice view of the green inner yard. But my personal highlight was the accessible green rooftop. The view from here is remarkable and shouldn’t be missed.

The Lake and the Parks

All of the tourist attractions are quite close together therefore you can easily explore Canberra by foot. It’s best to start from the new parliament and walk towards the lake. You will pass the Magna Carta Memorial, the old parliament and the National Gallery. Canberra is a very green city with a lot of parks. Once you reach the esplanade of Lake Burley Griffin you will have a wonderful view of the lake and the surrounding area. Bring your picknick blanket and take a short rest before continuing. You want to experience the lake to its full extend? How about a lake cruise?

Once you continue your walk along the esplanade keep left and cross the lake by walking over the bridge, the so-called “Tourist Drive”. If you keep walking straight you will enter the city center of Canberra. To be honest, there is not much to see there – especially on the weekends its really quite – but you will find pubs to have a nice lunch.

The sight you definitely shouldn’t miss out on is the Australian War Memorial. You can reach it by foot from the city center or the Tourist Drive. Once you reach the stairs of the Memorial and look back towards the new parliament you will get my comparison to Washington DC.

The Australians are very proud of their war heroes and in every bigger city there is at least one memorial. Most remarkable is the one in the capital. The War Memorial in Canberra is more than just a monument it is an accessible memorial. On every wall there are stone plates with uncountable names engraved on them. In the small spaces between the plates people put many red flowers making it more colorful but in a respectful and beautiful manor. A memorial well with an eternal flame in the middle make the picture perfect.

Every day at 5 pm a man with a bagpipe plays in honor of the war heroes. A beautiful way of showing gratitude. Tourists are very welcome to join this thoughtful ceremony.

Fine, the TV tower itself might not be that beautiful but the view from Black Mountain makes a visit worthwhile. From here you can look down on the most powerful city of Australia. Be aware that you can’t see the city from the parking lot of the Tower though. There are too many trees and bushes in the way. So if you decide to go up to the Black Mountain you need to check the opening hours of the Tower and pay entrance in order to experience the remarkable view.

One day or two?

In order for you to decide if you need to spent one day in Canberra or two you need to figure out what you want to do first. Keep in mind that you will drive 3 hours from Sydney to the capital one way. If going there and back in one day is too exhausting for you better stay in Canberra for one night.

Unfortunately you will have to prepare yourself to see dead kangaroos on the highway to Canberra. Like wild animals in our country they try to cross roads, endangering car drivers. Sadly the animals don’t always make it to the other side.