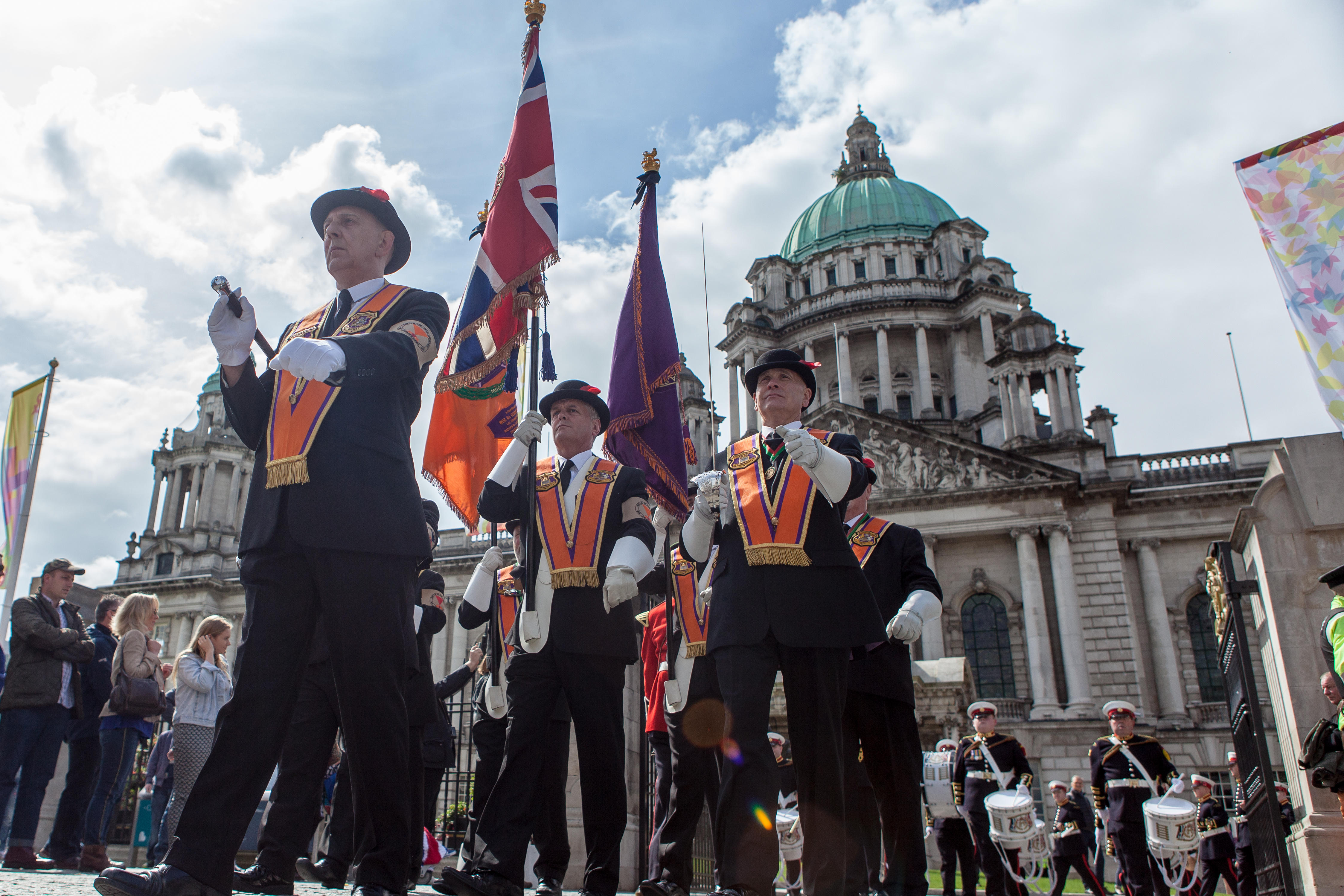 Every year around the 12th of July, there are parades all over Northern Ireland. The celebrations are centred around the most important battle on Irish turf: The battle of the Boyne in the year 1690. This big victory for the Protestants at the same time was a painful defeat for the Catholics – leading to riots every year.

Riots? Is it even safe for me to spend my summer holiday in Northern Ireland? – Yes, although it is essential to be well informed. The time of parades, the so-called “marching season,” takes place from the end of June until the middle of July.

The parades – accompanied by flute bands and the beat of Lambeg Drums – are worth seeing. The Orange Order organizes the parades every year and actively calls upon tourists to visit Northern Ireland during marching season. After all, the members of the Orange Order want to come clean with old prejudice and teach others about their culture. The parades took place all over Northern Ireland (and also in other cities of Great Britain). Besides Belfast, there are also other Northern Irish cities with a unique atmosphere for marching season.

On the 12th of July, the County Grand Orange Lodge of Belfast will lead the parade together with the Millar Memorial Flute Band. The parade begins around 10 am at the Belfast Orange Hall close to Carlisle Circus. Men and women belonging to the Orange Order will parade for almost 10 km, accompanied by around 60 bands. Approximately at 10:30 am, they arrive at Belfast City Hall. The parade will go as far as “Barnetts Demesne” close to Malone Road. Here, the celebrations and ceremonies will take place, including a religious service. At around 4 pm, the parade marches towards the city centre again.

Parades in Richhill and Annalong

The real big parade will not take place in Belfast, but in Richhill, County Armagh. Around 5000 Orangemen of 11 district lodges and 154 private lodges will take part in the parade. Accompanied by around 70 bands, of which some even travel all the way from Scotland. Surrounded by the mountains and the sea, the coast town Annalong might have the most scenic atmosphere for the parades on the 12th of July. The parades in Richhill, Annalong and other cities of Northern Ireland follow roughly the same order of events as in Belfast.

Parades and bonfires and provocation

It should always be kept in mind that the parades are a Protestant celebration. The Protestant King Wilhelm III. (King Billy) defeated the Catholic King James II. In the Battle of the Boyne back in the year 1690. For Catholics, it is a provocation that the Protestants still celebrate this victory more than 300 years later. The bonfires on the evening of the 11th of July are also a reason for the dispute. Protestants collect wooden pallets days and weeks before the big day and pile them up to massive towers. Irish flags are sometimes put on top of those “wooden towers” and burn with it. The flags might also have the letter KAT written on them which means “Kill all Taigs.”

Therefore, riots are a real danger and should be watched out for around the 12th of July. After all, the parades are also marching through Catholic districts and streets. Especially in the evening, when more alcohol is involved, you need to be careful. The best might be to get information from the tourist office about which districts or streets to avoid.

Holidays after the marching season

Just because marching season is over after the 12th of July doesn’t mean the riots have to be over. Also the weeks after the parades might be tumults on the streets of Belfast and other Northern Irish cities – like for example in 2013. Therefore, it is highly recommended to keep an eye on media reports about Northern Ireland, especially a few weeks before your planned travel.

Website of the Grand Orange Lodge of Ireland (retrieved: 9th of July 2017)